9 Spots You Should Visit in Ann Arbor, Michigan

Ann Arbor is a beautiful city and has some beautiful weekend destinations. It holds some fantastic museums, pretty parks, sports events, and some vibrant art scenes. The city is famous for its charming downtown, which offers numerous restaurants, cafes, and shops.

There are many things you can do downtown, which includes going to the University Of Michigan Museum Of National History and the Matthaei Botanical Gardens. 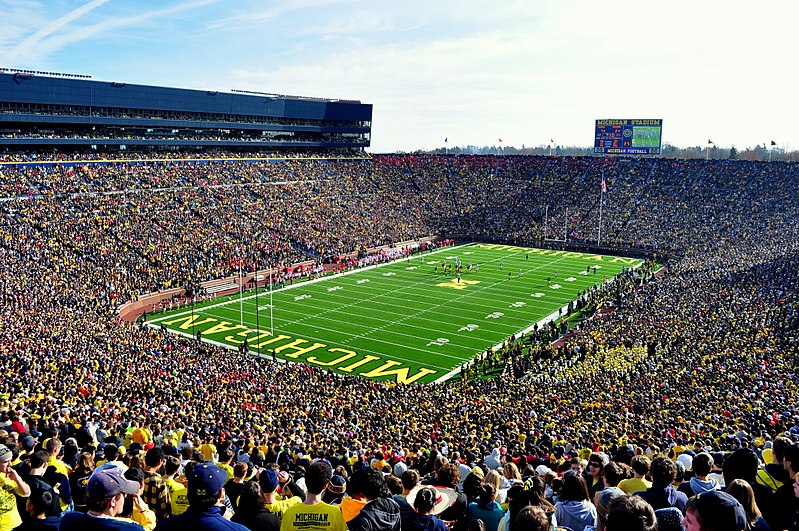 The Michigan Stadium, also known as “The Big House,” is the biggest football stadium in the U.S and the second largest in the world, built in 1927. The stadium looks beautiful, especially when it gets filled with 110,000 spectators.

Watching a game in this stadium is the dream that comes true for many people. It is nearly impossible to get the tickets because they get sold out many months ago. If you want to get any ticket, you have to remain in contact with the University of Michigan Ticket Office. 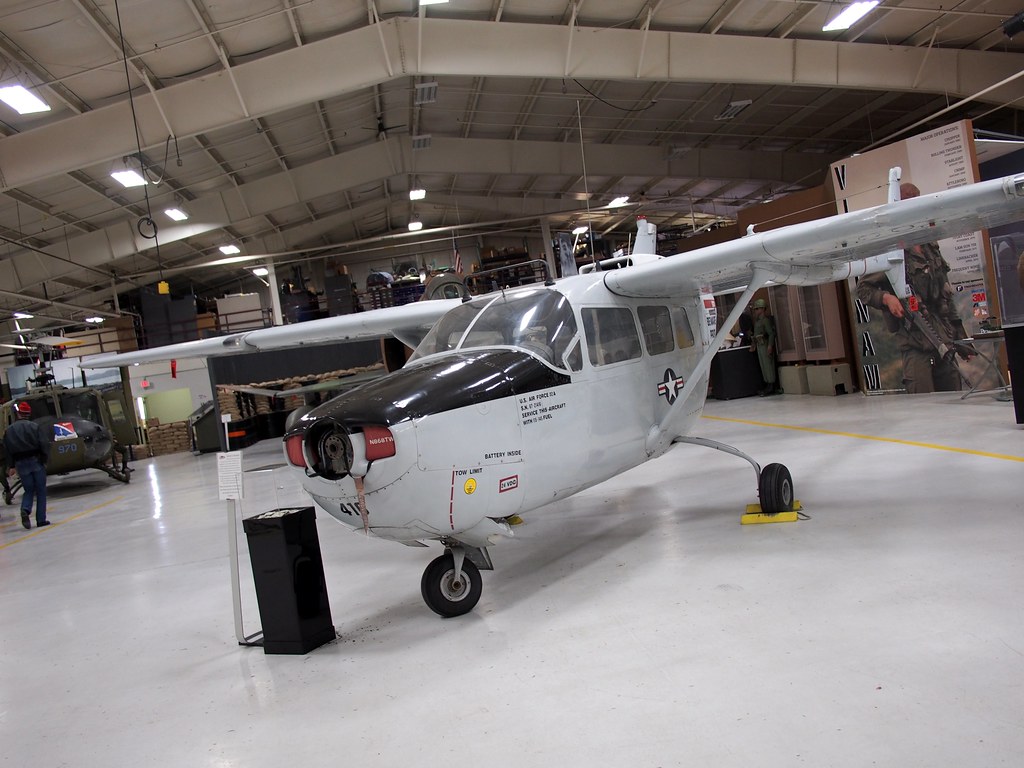 Outside of the city, you can find Ypsilanti. It contains a famous Willow Dun Bomber Plant, where Ford Motor Company had built liberator bombs during WWII. Yankee Air Museum is near to the company. This museum runs voluntarily and has a collection of aircraft which reminds you of the old period, from WWl to the Vietnam era.

The museum also exhibits women laborers who worked in factories during the war, including “Rosie the Riveter.” 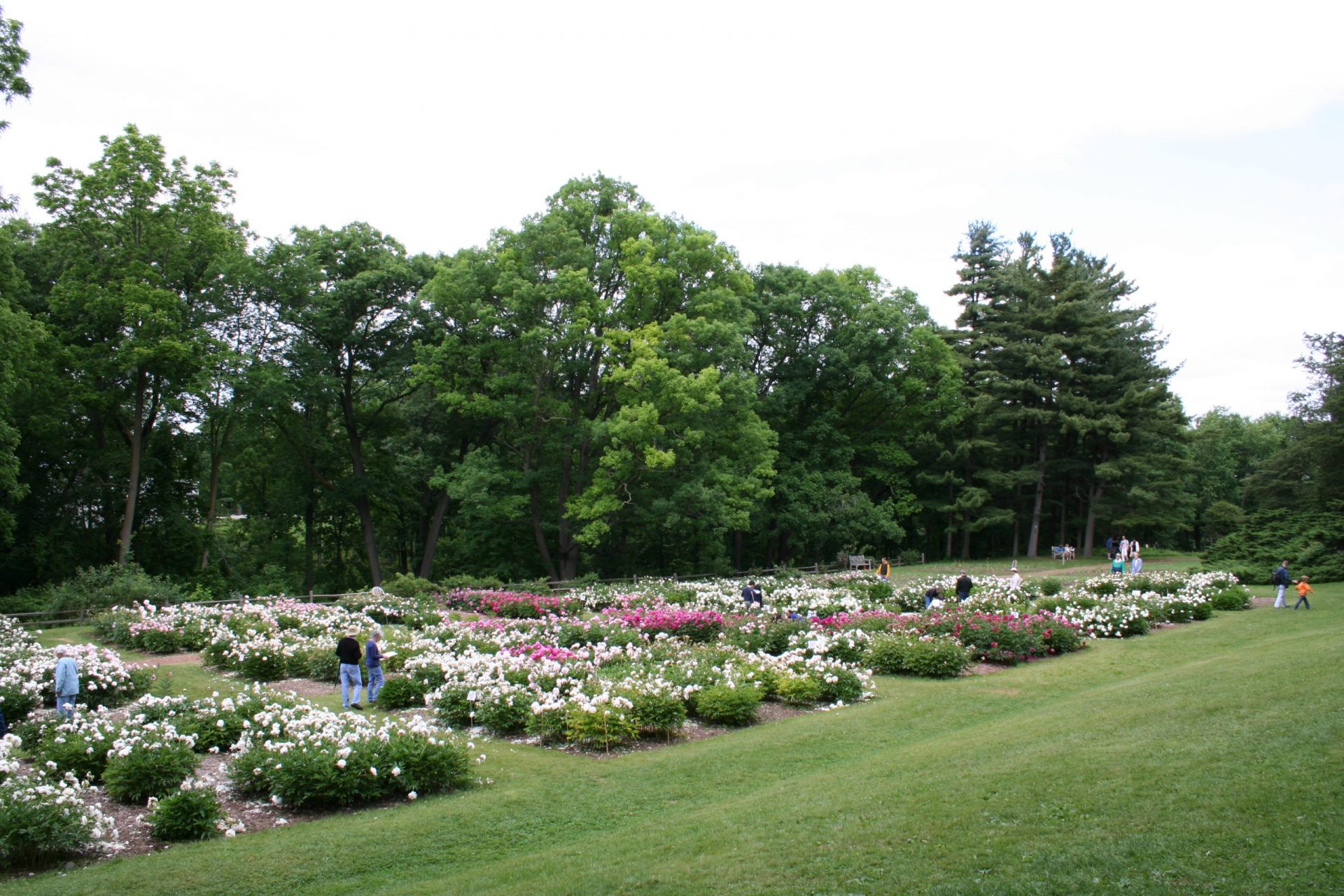 The University of Michigan operates the Nicholas Arboretum is known as “The Arb.” This spot is spread on 123 acres of land, bordering the Huron River on its east side. You can see exotic and native shrubs and trees and also the Peony Garden. Every spring, people came here to see the peony beds. You can enjoy the sweet smell and beautiful colors of flowers, which are blooming here for more than 100 years. 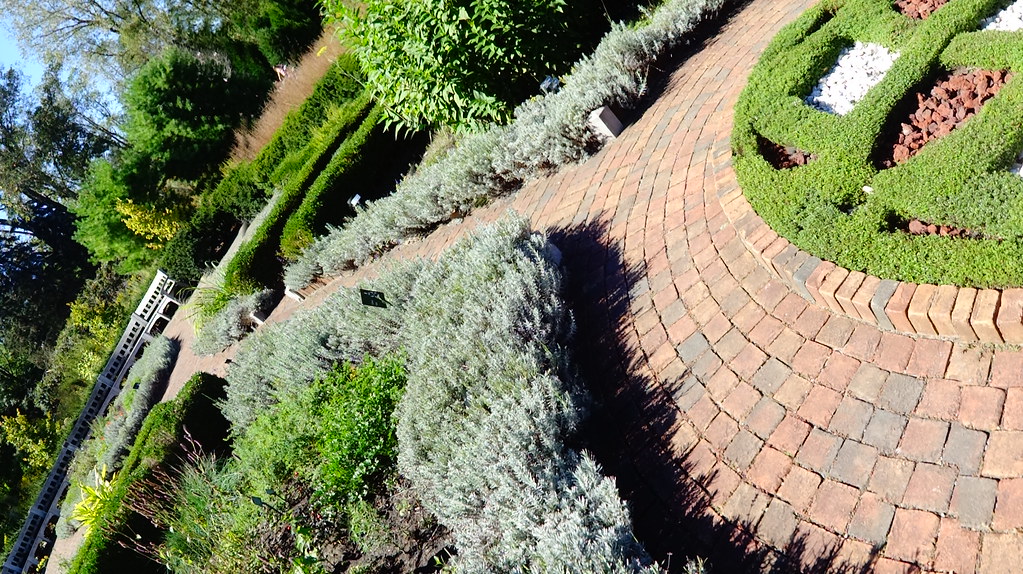 The Matthaei Botanical Gardens owes its designs to the architect, Alden B.Dow. It contains three houses with arid plants and tropical temperate. You can also take your dog with you. The tropical, temperate collection includes penjing and bonsai trees. If you love nature, then this place is best for you. 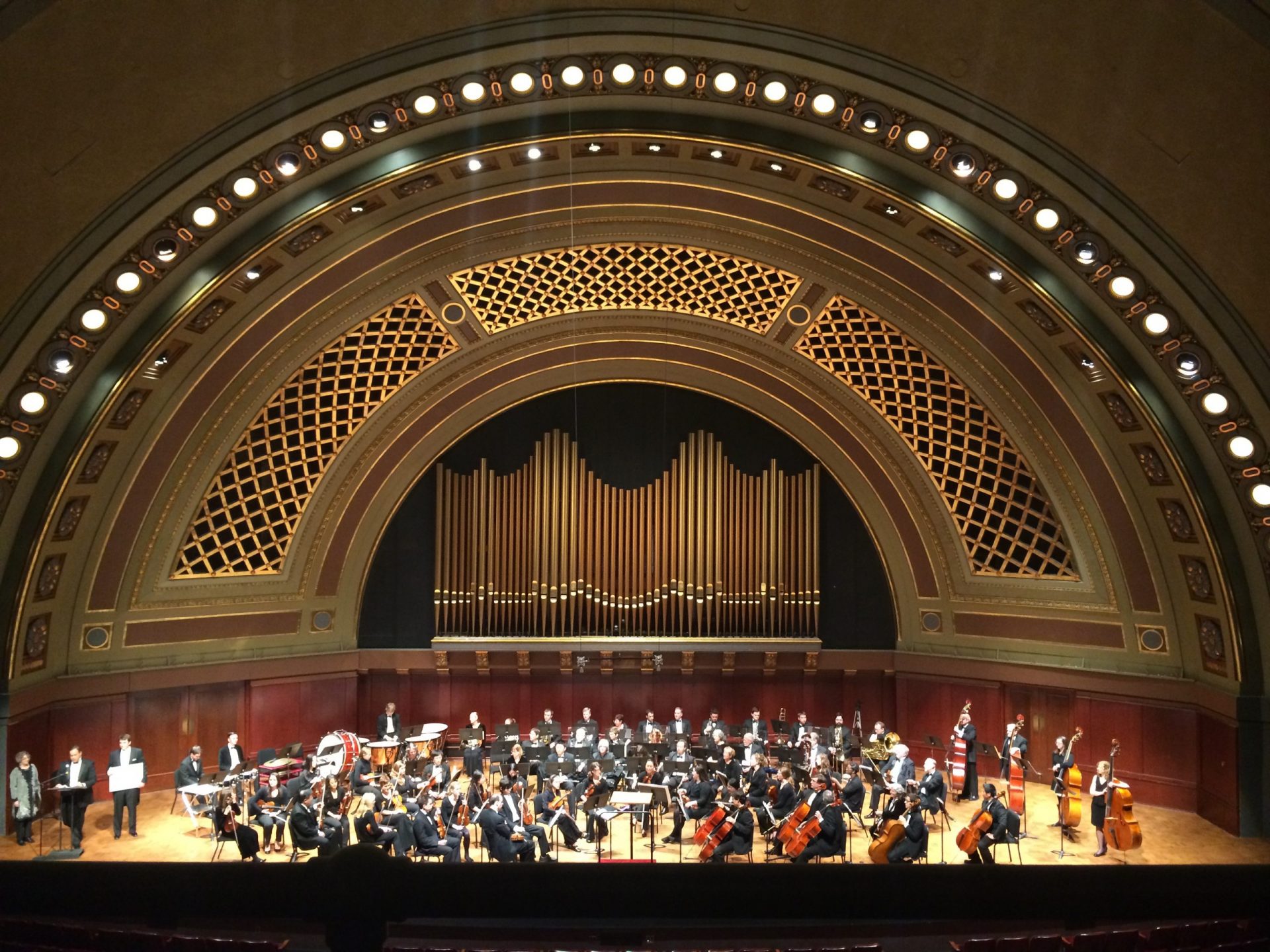 Hill Auditorium is a large performing venue that is in the center of the University of Michigan. The auditorium host significant public events. Also, some of the best artists do performances here.

Albert Kahn built and designed it in 1913 and named after Arthur Hill. The auditorium has a unique hemispherical stage and has a place for 3,500 spectators. The hall has the honor of hosting the performances of well-known artists, including the Vienna Philharmonic and Cleveland Orchestra, Rachmaninoff, Elton John, and The Grateful Dead. 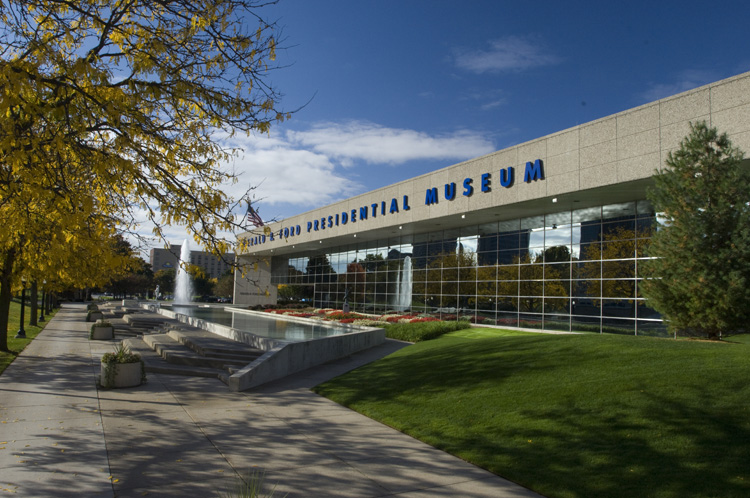 This library is on the north campus of the University of Michigan. It is one of the thirteen presidential libraries run by the National Archives and Records Administration. The library contains essential content from the Cold war era, including memos, letters, and reports.

The University of Michigan School of Music, Theatre, and Dance, is an art school in Ann Arbor, where both graduate and undergraduate studies.

The school was founded in 1880 and known as the Ann Arbor School of music, later became a part of University. It’s famous known alumni include Arthur Miller, Jessye Norman, Lucy Liu, and many others. This school showcases operas, play, music, and dance performances. 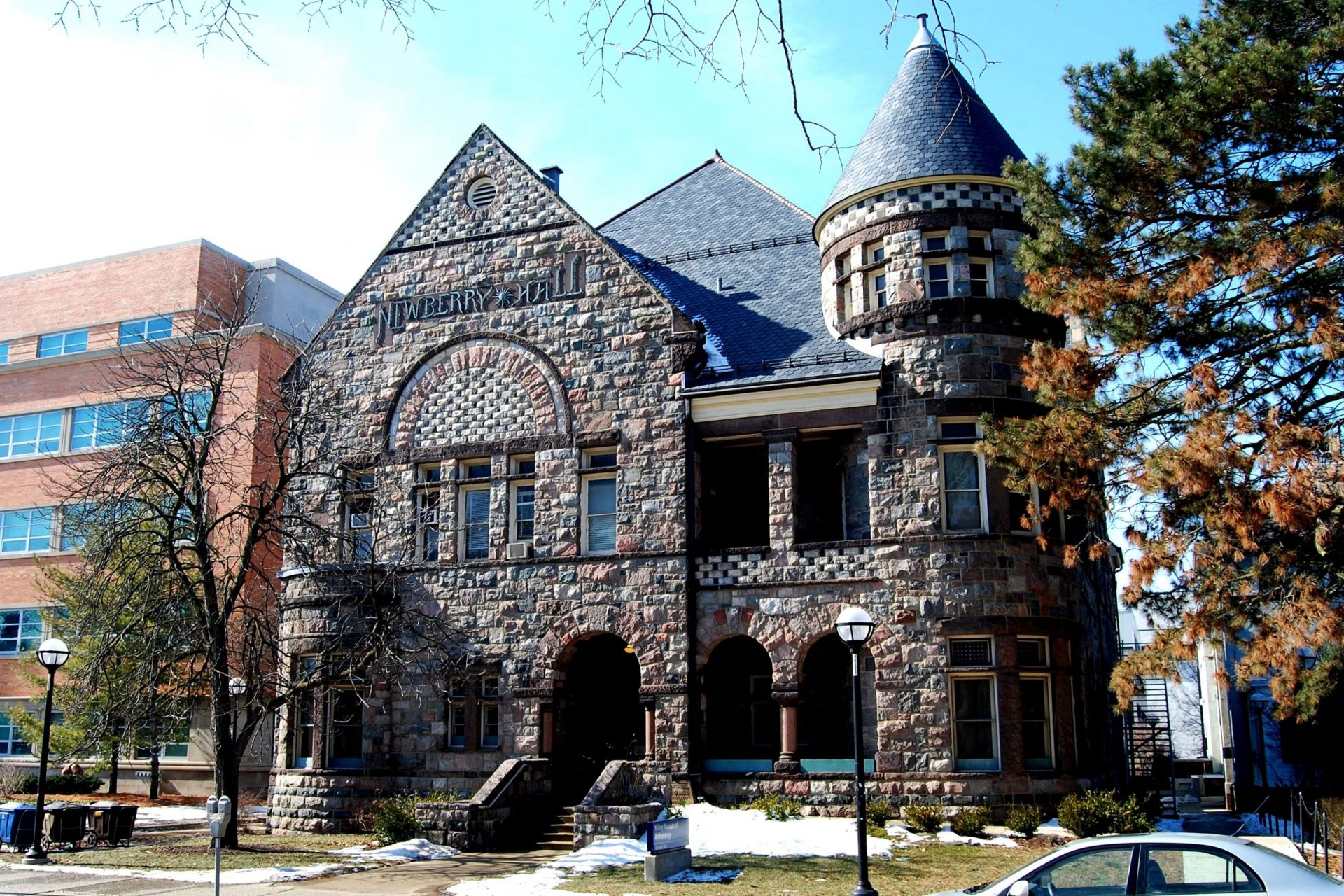 This museum is at the central campus of the University of Michigan. It is a department of university’s college of science, literature, and the arts. The museum has a collection of over 100,000 medieval and ancient artifacts belonging to the Mediterranean civilization and the East. The objects belong to various cultures such as Islamic, Roman, Egyptian, Persian, Etruscan, and Egyptian.

Ann Arbor city has many beautiful places that make your trip to Michigan memorable. You can descry from charming gardens to the football stadium. You will find this place as one of the prettiest places on earth.