Michigan Neighborhoods: 10 Movies Where You Can See the State

You will come across some of your favorite Michigan Neighborhoods in some of Hollywood’s blockbuster movies. Many fans still watch these movies with great enthusiasm today. Michigan is popular for its lovely spots shown in movies and its Hollywood background. From small cafes and educational centers to famous streets, countless locations in Michigan played a major role in forming some of the best Hollywood scenes.

If you’ve missed out on a particular spot in Michigan in your favorite Hollywood movies, you can watch them again and take a good look by reading further below. Mentioned below are 10 famous Michigan Neighborhoods you may have seen in movies. 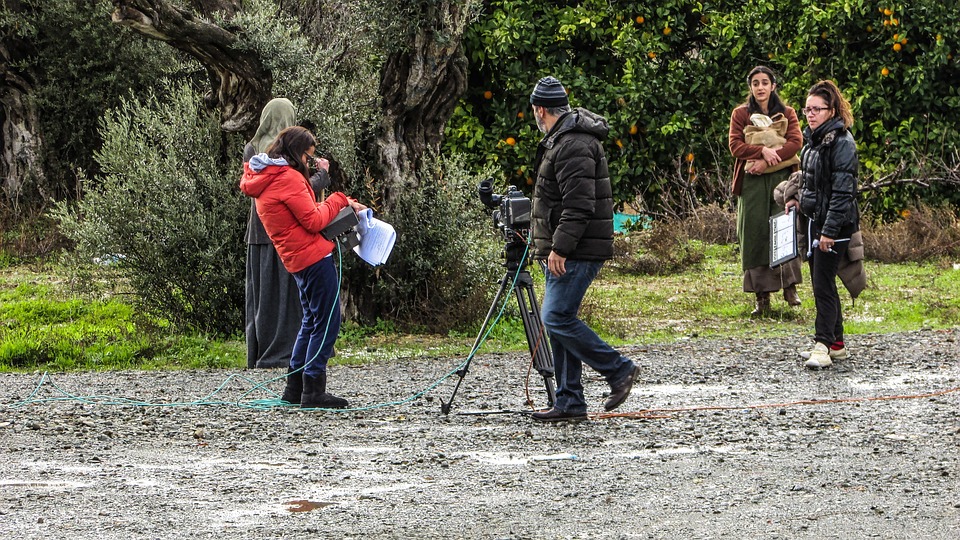 Famous Michigan Neighborhoods: The Movies That Depict Them

Starring Will Ferrell, Semi-Pro is a comedy sports film about a former basketball coach on his journey to help his football team score an NBA win. Indeed, sports lovers loved watching this goofy sports comedy. If you watched it as well, you might have come across Michigan’s largest city, Flint, which is located in the Northwest of Detroit. Since most of the shooting took place in Flint, you’ll recognize a lot of places.

If you grew up near Mackinac Island, you should know that the directors of the romantic classic ‘Somewhere in time’ (1972) shot this film in some of the most attractive spots on the island; The Grand Hotel and The Mission Pont Resort.  This time-traveling movie showcases many parts of the Grand Hotel as this was where the lead actress stayed. Mackinac Island was the best place to shoot a classic romantic film like Somewhere in Time. Speaking of which, you must certainly watch it over the weekend.

Some of Michigan’s famous neighborhoods and cities, such as Sterling Heights, Warren, Southgate, Highland Park, and Southfield, made appearances in Hollywood’s favorite rap movie, ‘8 Mile’.  Besides the fact that it stars one of the greatest rappers, Eminem, some amazing rap battle scenes were shot throughout Detroit’s nostalgic areas. For the perfect Saturday night Detroit vibe, 8 Mile is a great movie to watch.

Anatomy of a Murder (1959) was one of the first few mystery/crime films shot in Michigan, featuring some of Michigan’s Neighborhoods. Scenes for one of the main murder cases were filmed in the Upper Peninsula Big bay, along with other famous locations such as Marquette County and Ishpeming.  If you feel like watching a mystery film for movie night, this should be the one.

The Drew Barrymore- directed dramedy ‘Whip It’ (2009) radiates a fantastic Michiganian attitude. This movie features some of Michigan’s famous counties and areas, such as Ypsilanti, Ann Arbor, and other areas in Detroit. This movie features the story of a 17-year-old girl who has a passion for women rollers derby but has the pressure of being a pageant girl by her mother.  This is an excellent movie to watch with family for a heartwarming feeling. At the same time, you might be able to enjoy some of the Detroit scenery its features.

If you reside in the southeastern part of Michigan, then you probably noticed some familiar scenes in ‘Real Steel, ‘starring Hugh Jackman. This movie is about a father reuniting with a young boy, who he learns is his son and their journey as they climb the ranks in robot-boxing competitions. The directors shot the entire film in Southeast Michigan. So if you want to take a glimpse of your favorite neighborhood from Hollywood’s perspective, you’ve got to watch this hit movie.

30 Minutes or Less is a comedy-action movie about a Pizza delivery guy kidnapped by two thugs and all the adventures that go into to get the money to let him go. This hilarious movie was filmed in Grand Rapids, where the film crew set up a shop for around 4 months till production ended.  Other than the famous Grand Rapid scenes, this movie features many Detroit references that you can’t miss out on.

Setup is a famous action thriller movie also shot in some of the major areas of Detroit, with famous car chasing scenes shot in Ottawa Avenue and Monroe Center Street. This movie features a story of three friends planning out a heist. The story takes a twist when one of the friends turns out to betray the rest and takes off with the loot. There s a lot of action in this movie that will keep you going, and you also get a glimpse of the Grand Rapids Police station!

If you grew up in the City of Jackson, Michigan, and hoping to see your lovely neighborhood on screen, then you’ve got to watch Super Sucker (2002). Super Sucker is a cheesy comedy movie about two teams of salespeople who try to sell the most vacuums under 30 days. So get to witness the comedic side of Jackson on-screen by watch this hilarious film this weekend.

Hardcore (1979) is a Michigan-enriched movie about a businessman who tries to save his runaway daughter from the pornographic filming world. Director Paul Schrader made sure to shoot this film in his hometown around West Michigan City. The fantastic scenery is one reason every Michigander would love watching this movie.

It’s a good feeling to spot your hometown or favorite coffee shop on screen in some of the best Hollywood movies. Many Michigan Neighborhoods have made an appearance in these movies mentioned above. Because of the state’s fantastic views, you can expect to see it in many more to come. You never know you might come across a live shooting scene one day while you’re roaming on the streets of Detroit. Hopefully, these movies will help you fall in love with the Motor City and be proud of your Michigan roots.